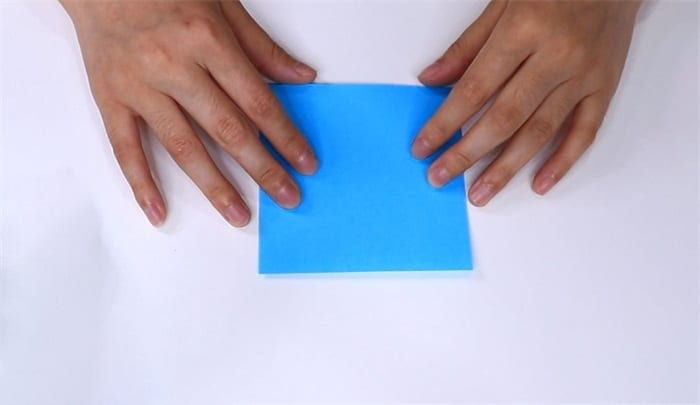 2. Fold in half along two diagonal lines and open to get a crease. 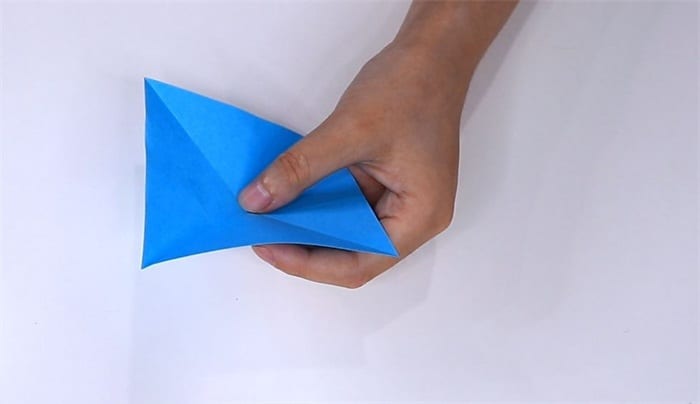 3. Take out the scissors and cut about two thirds along the crease. 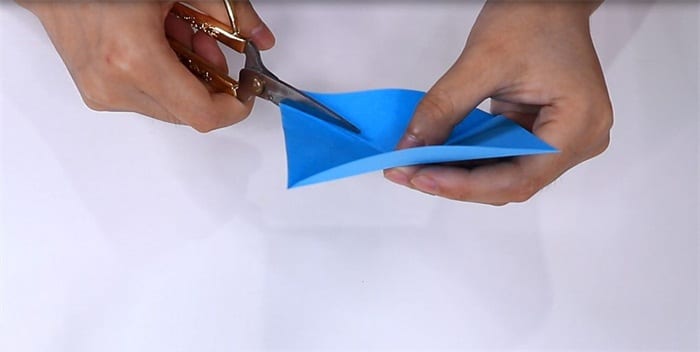 4. Cut two thirds of the other three creases.

5. Lift up the left corner of the triangle and stick it at the midpoint with double-sided adhesive. 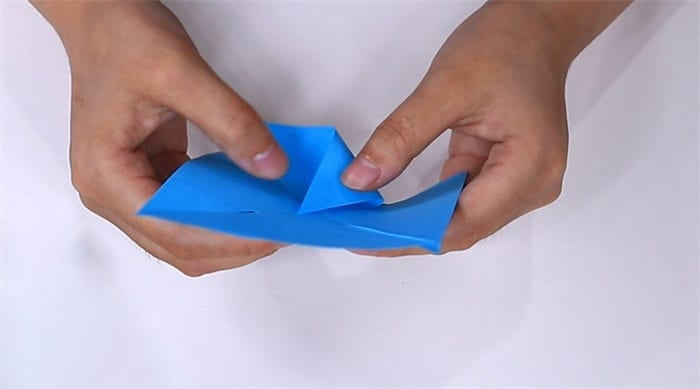 6. Using the same method, glue the left corners of the other three triangles to the midpoint. 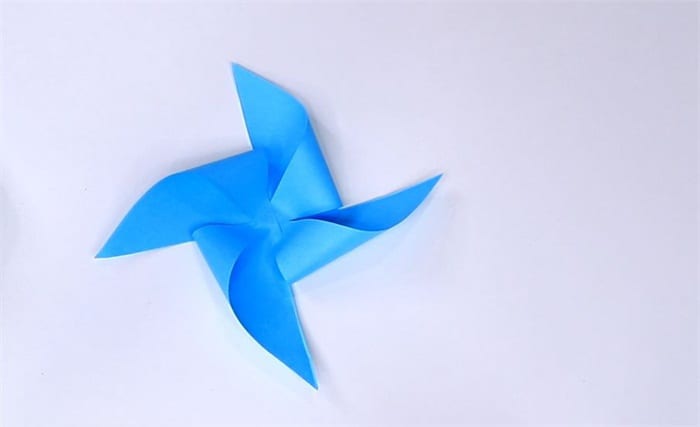 7. Take another square cardboard and roll it from one corner. 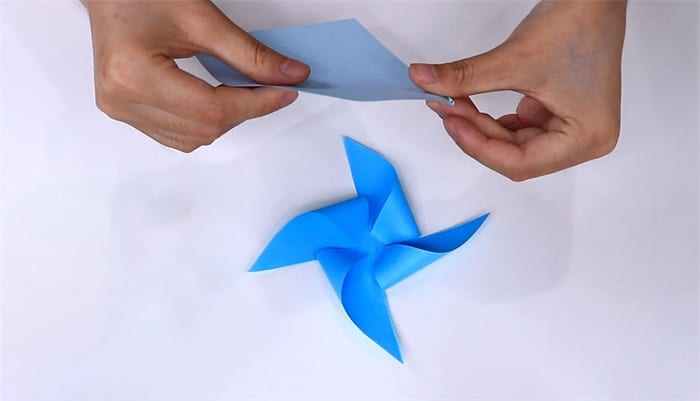 8. Roll the square into a thin rod. 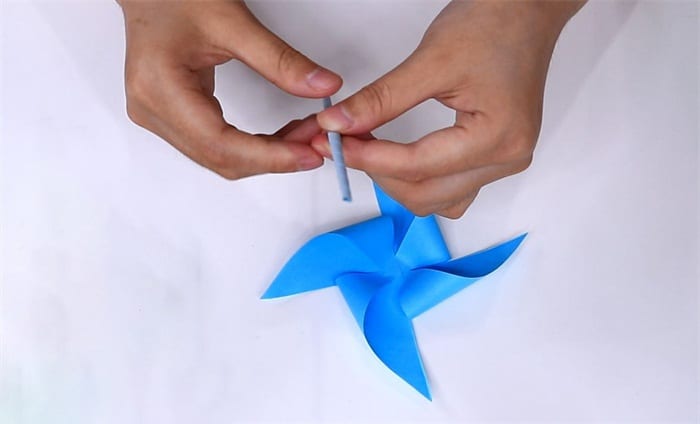 9. Stick one end of the thin rod on the center of the windmill with double-sided tape. 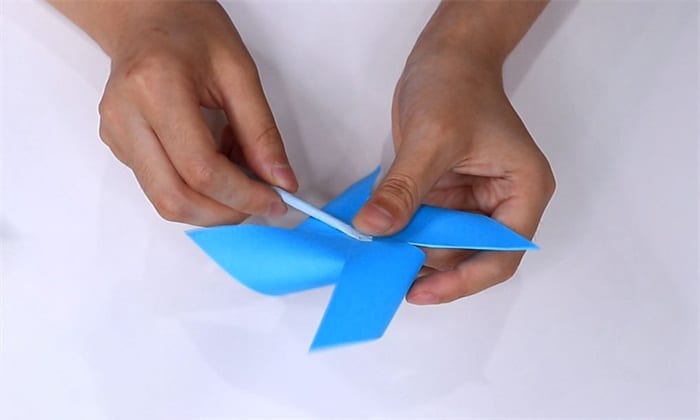 10. A simple and beautiful small windmill is ready. 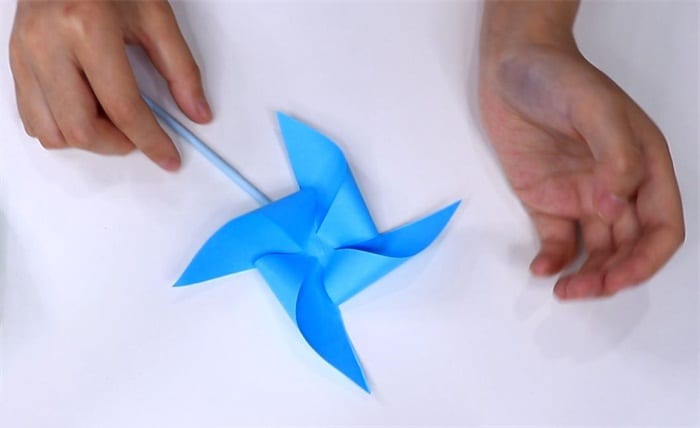